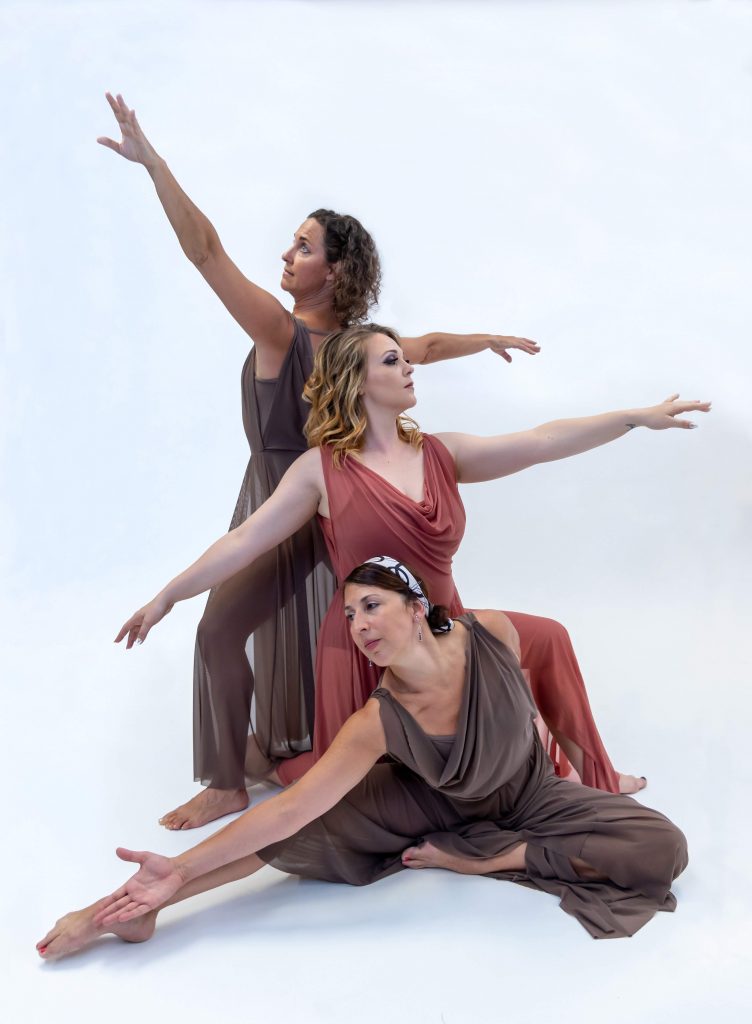 Forward Motion Dance Company celebrates dance with Thalian Hall’s 160th anniversary as an historic venue for theatre and dance since 1858.

Hurricane Florence was an unwelcome guest, and among the disrupted lives, trees, and events was our performance, scheduled for the very weekend she hovered over our community. Fortunately, we are able to announce our event is rescheduled, for one night only, October 12, 2018 at 7:30 pm.

Cape Fear Arts in Motion: Eclectic Collection connects dancers, choreographers, musical and visual artists and more to bring the art form of dance together for a varied and collaborative dance event from Forward Motion Dance Company. This annual performance showcases the talents of Choreographer Tracey Varga with new dance works presented along with re-creations of works from the past. Returning pieces are “Wounded Restoration” which premiered at the NC Dance Festival in 2013 and is set to music based on “Sposa son disprezzata” from the opera Bejazetby Antonio Vivaldi. Also returning is “Jasiri” (“Brave and Bold”) which is a celebration of dance music from all corners of the globe, and set design with sculptures created by Doug Campbell. “Scramble to Calm” premiered in 2018 at the Wilmington Dance Festival.

Premiere works include a dance set to music composed by local musician Barbara Gallagher and features piano with orchestral arrangements. Teen dancers hail from Wilmington School of Ballet, The Dance Element, The Dance Cooperative, South East Dance Academy and DREAMS, and this year they will dance to a live original techno composition by Wilmington musician Meredith Ferreri. A fun and funky piece featuring the Modern-Jazz Dance class from The Dance Element and FMD Company members will feature music edits and a film by Patrick Ogelvie.

Featured guest choreographer Judy Greenhut revives “Steam Heat”, a dance number from the original Broadway production of The Pajama Game using the show’s original choreography. Judy has had a long career in dancing, teaching, directing, and choreography for Broadway and television productions in New York before coming to Wilmington where she continued teaching dance, and directed and choreographed many shows for the Thalian Hall stage including Cabaret,Fiddler on The Roof, Spamalot, Annieand this year’s Sweet Charity.

Thalian Hall is located in historic downtown Wilmington at 310 Chestnut Street. Tickets are $20.00 general admission; $17.50 for seniors, students, military, children under 12, and NCDA members. Please contact the  Thalian Hall Box Office online or call 910.632.2285 for ticket reservations. Thalian Hall’s history with dance began even before the official opening of the theatre, as told in this excerpt from the Thalian Hall archives:

1858 April 3 – The Wilmington Daily Journal reported:  “we see that preparations are making at “Thalian Hall” as the Theatre portion of the new Town Hall Building is styled, for the annual exhibition of the pupils of Mr. Frensely’s Dancing School.”

1858 April 6, The Wilmington Daily Journal reported “The exhibition of the scholars of Mr. Frensley’s dancing school took place last night at the Theatre, which was fitted up as well as the circumstances would admit”

This performance took place some 5 months before the official opening on October 12, 1858.  About the opening night performance of “The Honey Moon”  particularly reference was made to the dance performance of Miss Raymond who was the wife of G. F.  Marchant whose theatrical company from Charleston opened the theatre and remained in residence until the end of November 1858.