Forward Motion Dance recently received a generous grant from the Women’s Impact Network of New Hanover County, a program of the North Carolina Community Foundation.  The Foundation brings together women philanthropists to address the changing and diverse needs and challenges facing women and children in the community.  2017 marks the first year that WIN has offered small grants. This year, the focus of their inaugural program is to provide capacity funding to local nonprofits in Arts and Culture.  Our award is to help underwrite the annual Cape Fear Arts in Motion performance.

Retro Fusion and Illusion embraces musical artists from the past and reintroduces artists from the present. A groovy and collaborative dance event, Forward Motion Dance Company’s annual performance showcases the talents of Choreographer Tracey Varga. New dance works will be presented along with a recreation of “Endangered”, which premiered at Dance-a-Lorus in 2011 and embraces the collaboration of film and artistic stage props by Joe Cordaro set to music by Dianne Reeves, and the dance solo “Beat of the Soul” which premiered in 2015, set to music by Janis Joplin and presented with sculpture created by local artist Doug Campbell. Featured guest choreographer Linda Webb presents “450nm 660 THz” from the 2013 Dance-a-Lorus, set to a remix of Elvis Presley’s “Blue Suede Shoes” with choreography using intricate partnering and floor pattern sequences performed by five men and eight women wearing bright blue shoes.

Dance performances are set to music by Nat King Cole, David Bowie, James Brown, Elvis, and Earth Wind and Fire. Returning from last year is a collaboration with local musician Julia Walker Jewell with the completed dance set to her original piano composition. A dance performed to new music by Herb Alpert features local teen dancers from DREAMS, The Dance Cooperative, The Dance Element and Wilmington School of Ballet. 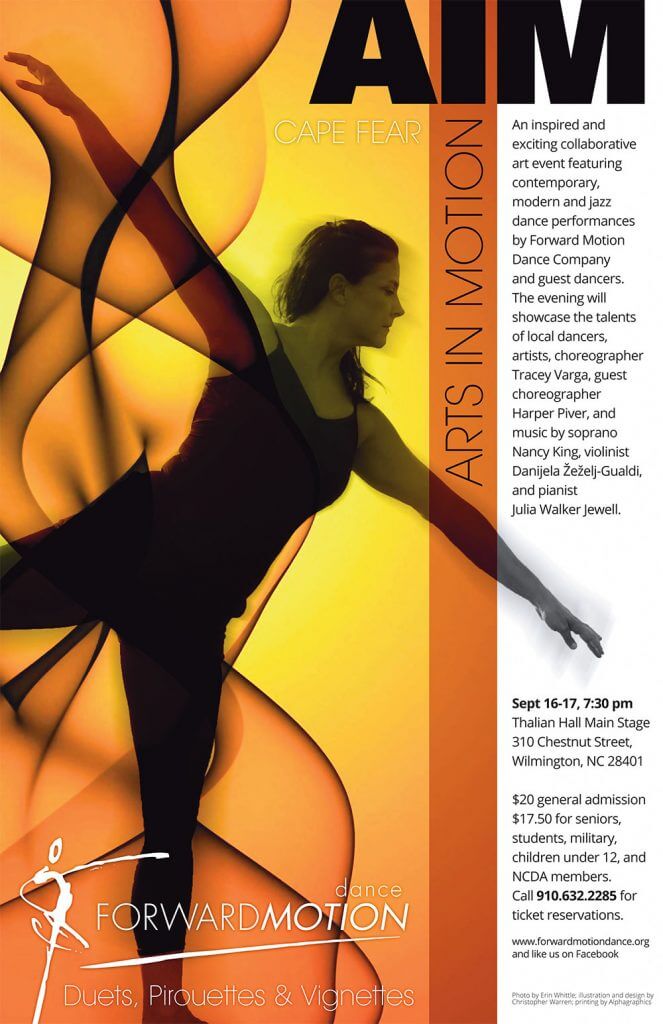 Highlights of this show are guest performers and musicians performing live with the dancers. In a premiere performance, Soprano Nancy King and violinist Danijela Žeželj-Gualdi, both of UNCW, will perform three songs from “Suite for Voice and Violin” by Brazilian composer Heitor Villa-Lobos (1887-1959). A premiere dance is set to the original composition “The Dance of the Coin” and performed live on piano by Julia Walker Jewell.

New to the show this year is a premiere piece from guest choreographer and former Wilmington resident Harper Piver, with a high energy dance to the music of MuteMath and a theme of grappling to make the right decision when faced with choices that may not be what they seem.

Teen dancers from local studios DREAMS, The Dance Cooperative, The Dance Element and The Wilmington School of Ballet will perform a premiere piece to a remix of music by Nina Simone.

Returning performances from choreographer Tracey Varga include “Surmount” from 2015 with music by Peter Gabriel and featuring a film by visual artist Patrick Ogelvie, a piece from 2015 set to music by Chopin, and a duet performance that premiered in 2012 with Linda Webb and Qaadir Hicks dancing to “Flutes en Vacances” (1926) from composer Jacques Casterede. 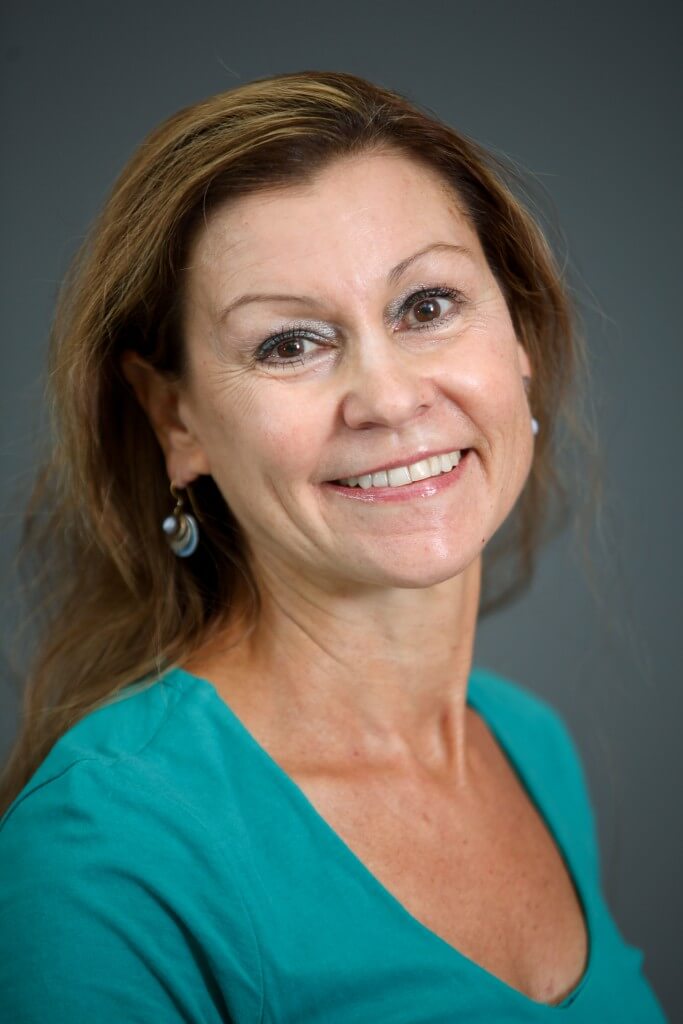 Tracey Varga discovered dance at the age of five in her first Tap class. Her performance, teaching and choreographic experience includes works in Maryland, Washington, Idaho, Illinois and New York. She founded Forward Motion Dance Company in 2004 and has performed and presented shows at Dance-a-lorus, NC Dance Festival, Wilmington Dance Festival, and Dance Blast/Art Blast, on local stages including Thalian Hall, City Stage, the Community Arts Center and Cameron Art Museum. Tracey teaches Modern/ Jazz at the Wilmington School of Ballet and Tap at The Dance Element and is a licensed Physical Therapist. She serves as program coordinator for the Arts Sensation benefit concert and is honored to be a recent recipient of the 2013 YWCA Women of Achievement Award for the Arts. 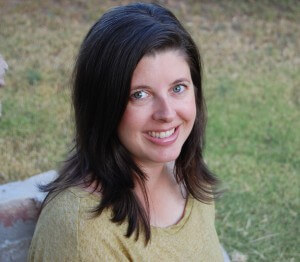 Harper Piver is a dance and multi-media artist who creates things of all sorts: choreography, films, written musings, music, and little balls crafted from empty straw wrappers. Raised as an only child by a band of characters that escaped from an epic Southern novel, Harper discovered that her
imagination was more interesting than yet another game of solitaire.

Harper’s curiosity propels her journey as an artist. In addition to her initial training as a dancer, her work has included significant encounters with music, text, and video. Until 2005, Harper was based in North Carolina, where her choreography was presented in numerous venues including the American Dance Festival’s Acts to Follow Series and on tour with the North Carolina Dance Festival. Her choreography has been commissioned and presented by companies and academic institutions around the US. As an advocate for dance North Carolina, she co-founded The Dance Cooperative in Wilmington and served on the board of the North Carolina Dance Alliance.

As a video artist, her dance for camera work has been presented in numerous dance film festivals both nationally and internationally. She currently teaches studio, composition, and lecture classes in dance and film at Arizona State University and in the Maricopa Community Colleges. She also facilitates explorations in dance, video, and the creative process through residency projects in K-12, higher education, and community settings. Her research on dance, technology, and pedagogy has been published and presented worldwide.

Harper has a BFA in Dance from The University of North Carolina at Greensboro and an MFA in Dance from Arizona State University. Upon graduating from ASU, she was named the Outstanding Graduate of the Herberger Institute of Design and the Arts.

Harper stays inspired by reading voraciously, traveling often, and singing while commuting. She is slowly working on writing her family back into the novel they abandoned. 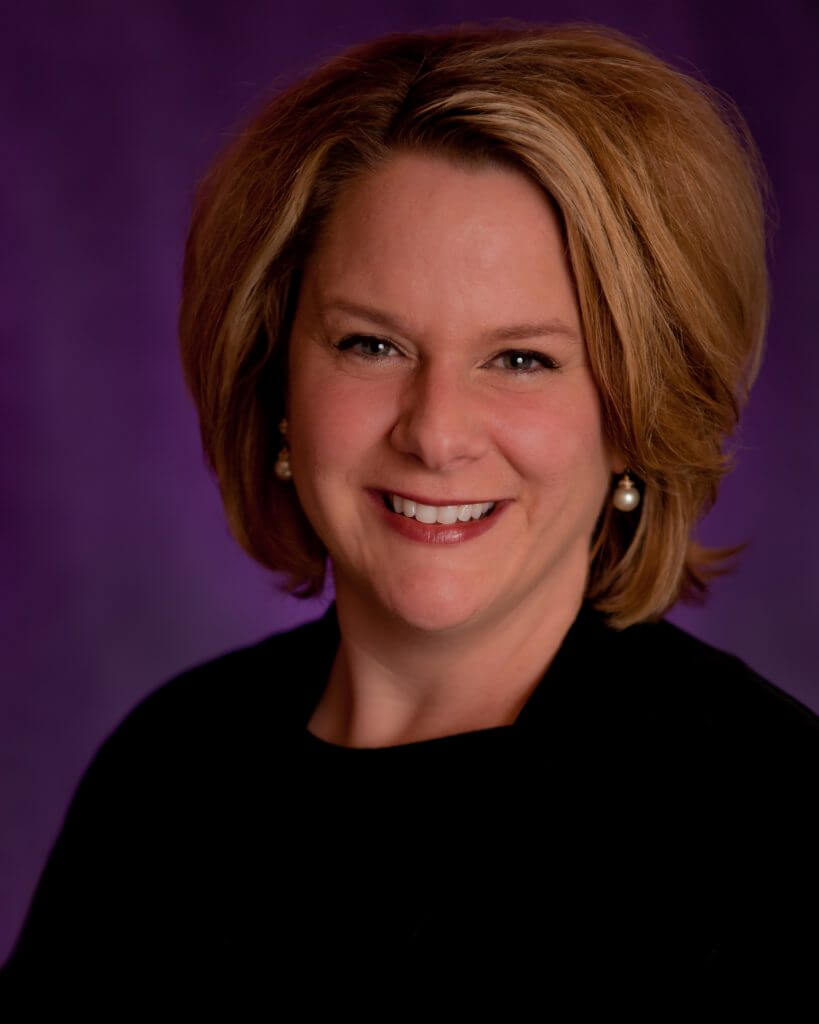 Operatic roles include Hannah Glawari in Lehár’s The Merry Widow, Cunegonde in Bernstein’s Candide, Adele in Strauss’ Die Fledermaus, Susanna in Mozart’s Le Nozze di Figaro, Euridice in Gluck’s Orfeo ed Euridice and Belinda in Purcell’s Dido and Aeneas. Ms. King was also a member of the Grammy award-winning Oregon Bach Festival Choir, from 1998-2004, under the direction of Helmuth Rilling. She proudly serves as Artistic Director of Opera Wilmington, performing the role of Fiordiligi in Mozart’s Così fan tutte with them this past summer. 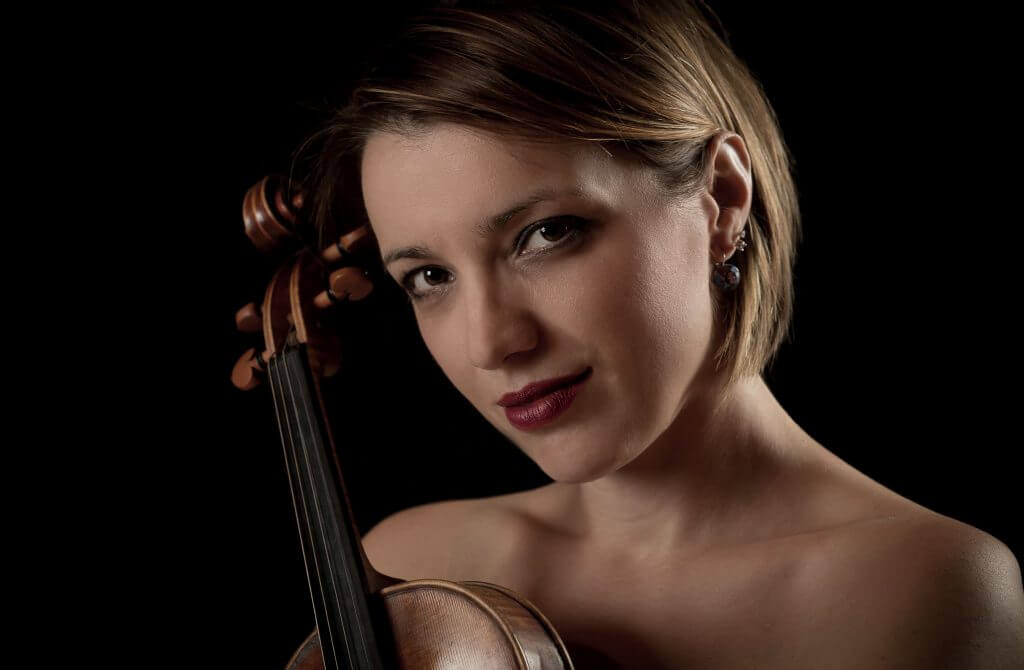 As a concerto soloist she appeared with Wilmington Symphony Orchestra, DeKalb Symphony Orchestra and University of Georgia Symphony Orchestra. Her musical career is noted for collaborations with remarkable musicians, including Evgeny Rivkin, and Levon Ambartsumian, and contemporary composers Augusta Reed Thomas, James MacMillan.

Žeželj-Gualdi earned her Violin Diploma with highest honors at the Academy of Arts in Novi Sad, Serbia. While in the U.S., she earned a Master Degree at Carnegie Mellon University, and a Doctorate of Musical Arts at the University of Georgia. Zezelj-Gualdi worked extensively with Eugenia Tchougaeva, Irina and Marina Jashvilli, Manana Dugladze, Cyrus Ferough, Carolyn Huebl, and Michael Heald and took part in master classes with Andres Cardenes, Thimothy Baker, Pamela Frank, and Misha Emory among others.

In January 2008 she became a founding member of the Balkan Quartet, a string quartet which focus is to involve and inspire composers to create new music that would use an indigenous Balkan language, reviving the rich Balkan folk heritage on a high artistic level. 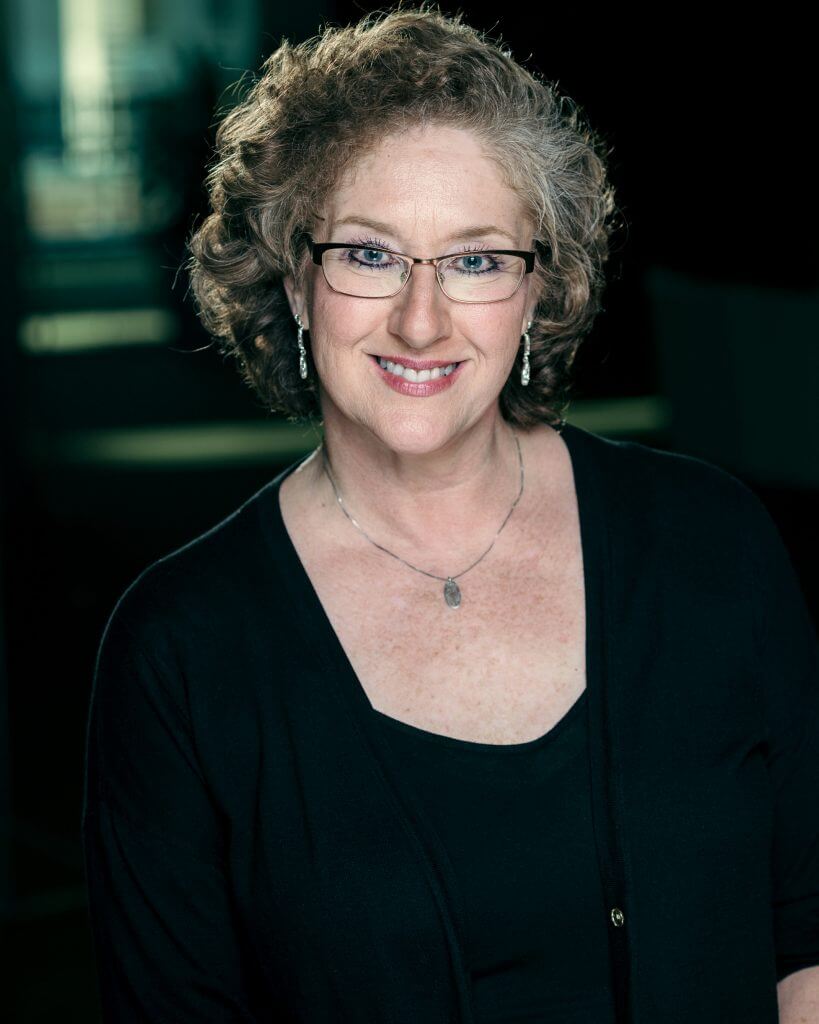 Composer and keyboardist, Julia Walker Jewell is a native of Wilmington, NC. She is currently the full time Director of Music at Wrightsville United Methodist Church, where she serves as organist and directs the adult, handbell and children’s choirs. She is also the leader of the Port City Trio, a long time Wilmington band featuring pieces from The Great American Songbook. Along with her husband, Kelly, she owns and operates Ted’s Fun on the River, a popular music venue in downtown Wilmington.

As a composer, she writes in both the classical and jazz idioms. In addition to writing for her Jazz Quintet, her classical works have been featured by the Tallis Chamber Orchestra of Wilmington, the “ComposerWorks Series” on the local and state level for many years and the “Very Special Arts Festival” (Brussels, Belgium).

She received her B.A. from UNC-W where she studied piano with Dr. Richard Deas and did her graduate work at Oakland University in Rochester, MI, studying commercial music and jazz.

“The 15th annual Arts Sensation music and dance performance held April 19, 2016 was for the benefit of CFRW. Tracey Varga of the Forward Motion Dance Company Board of Directors stopped by to present the check to CFRW’s Executive Director Frank Yelverton. Thanks to Forward Motion Dance, the river received $1,500! We enjoyed the performance and helping out, and this donation will be used for the benefit of your river! Thank you!”

Forward Motion Dance Company is extremely grateful to be a recipient of two grants in 2014 that helped us to produce an exciting new show, Cape Fear Arts in Motion, at Thalian Hall in September of 2014. 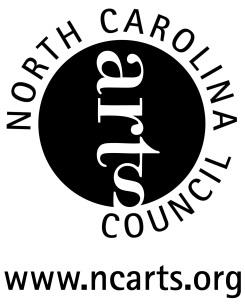 The Landfall Foundation presented the $1500.00 award to Tracey Varga, director and choreographer for Forward Motion Dance Company, and board member Diane Evers at their awards event on November 6. Since the Foundation’s inception in 1995, this year saw the largest amount ever given, with $310,000 distributed to 72 Wilmington-area non-profit organizations.

Forward Motion Dance Company brings together the talents of many in the collaboration, including its company dancers and guests, as well as teen dance students from DREAMS of Wilmington, The Dance Cooperative, The Dance Element, and The Wilmington School of Ballet.

With this performance, Forward Motion Dance Company honors its mission to provide local and regional communities with quality modern contemporary dance and education in the art of dance, as well as enhance the local arts community by providing performance opportunities for area dancers and performance artists. We have a vision to find innovative ways to bring dance to the community.